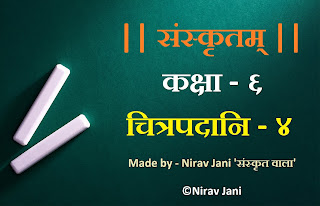 Sanskritwala'sSpecial Series on Sanskrit.Link is at the end of this article.
What is Sanskrit?
Sanskrit, meaning ‘perfected’ or ‘refined’, is one of the oldest, if not the oldest, of-of all attested human languages.It belongs to the Indo-Aryan branch of the Indo-European family.The oldest form of Sanskrit is Vedic Sanskrit that dates back to the 2nd millennium BCE.Known as ‘the mother of all languages,’ Sanskrit is the dominant classical language of the Indian subcontinent and one of the 22 official languages of India.It is also the liturgical language of Hinduism, Buddhism, and Jainism.Scholars distinguish between Vedic Sanskrit and its descendant, Classical Sanskrit, however, these two varieties are very similar and differ mostly in some points of phonology, grammar, and vocabulary.Originally, Sanskrit was considered not to be a separate language, but a refined way of speaking, a marker of status and education, studied and used by Brahmins.It existed alongside spoken vernaculars, called Prakrits, which later evolved into the modern Indo-Aryan languages.Sanskrit continued to be used as a first language long after it was no longer spoken.Sanskrit exerted a great deal of influence on all languages and cultures of the Indian subcontinent and beyond it.Sanskrit mantras are recited by millions of Hindus and most temple functions are conducted entirely in Sanskrit, often Vedic in form.The vocabularies of prestige varieties of Indian languages, such as Hindi, Bengali, Gujarati, and Marathi, are heavily Sanskritized.
To watch a wonderful animated video click the link below.
Click Here ---> http://bit.ly/2X9HFmn
वन्दे संस्कृत मातरम् ।#SanskritwalaFor the Unit Test,Visit www.niravjani.inThank you.
Created By Sanskritwala at 22:49

Please write to us